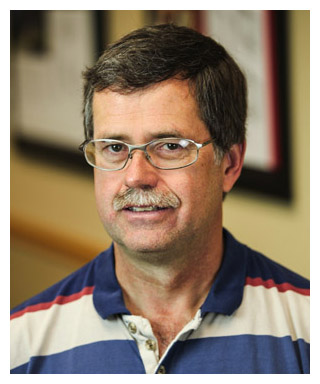 Mike Billingsley is the Testing and Certification Manager at Windsor Windows & Doors. Every day, Mike and his team are working hard toensure Windsor products meet and exceed strict performance standards and regulatory requirements.Inventive and adventurous, Mike isn’t afraid to get his hands dirty while putting Windsor windows and doors to the test. Learn more about Mike, his role at Windsor and what inspires him outside of work.

What are your responsibilities at Windsor Windows & Doors?

I run Windsor's test lab and completeour ongoing certification testing. We test each new window and door product, as well as testing changes to product. I’m also the one who files our certifications for WDMA and individual states.

How long have you been with Windsor?

I’ve been with Windsor Windows & Doors for 15 years. I’d worked for several other window manufacturers before Windsor. When I applied, I realized one of my former coworkers was at Windsor and they lectured me for not just coming here in the first place!

How did you get started?

I started outin the structural testing departmentat McDonnell Douglas in Long Beach, California, so I got to the chance to break airplanes for a year. I earned my degree in mechanical engineering at the University of Iowa, and McDonnell Douglas was interviewing on campus. They gave me a job offer straight from campus. I stayed there for a year and two months and came back to avoid going broke forever!

What are good qualities for someone responsible for testing windows and doors?

Patience. (Even though the people who work with me would say otherwise!) Creativity is good, too. Math is absolutely required. The formulas you learn in school actually dowork. Being good with your hands is helpful, because you need to build different mockups for testing that may be one-off and not readily available.

What’s the most rewarding part of your job?

An example of Mike's work in action: Testing a patio door bottom rail with500 lbs. of sand on top.

What are some interesting moments in your career?

Who would you compare yourself to?

The guys in the test lab would say I’m like Daffy Duck. They also compared me to Rick Moranis in “Honey, I Shrunk the Kids” and the “The Nutty Professor.”

What’s the one tool at work you could not live without?

The test wall. That’s what we fasten windows and doors to so we can run them through the cycle testing with wind, water and other pressures. I’ve built onto it and expanded it. We finally got a bandsaw in the lab, which I love because I can cut out some funny things. It’s like an older style version of a3-D printer.

If you could switch jobs with anyone, who would it be?

Burt Rutan. He’s the aircraft designer behind the first plane to fly non-stop around the world (without refueling).

Outside of work, what do you like to do? Do you have any hobbies?

Until the last few years, I was a dedicated sailor. I’ve also ridden RAGBRAI a bunch of times. The guys this year had it so easy! A friend of mine and I are still talking about doing a transcontinental bike ride.

You recently helped package meals for the Food Bank of Iowa with other Windsor volunteers. What was the experience like?

I was shocked how many people were there and the intensity of the work. We did a lot of packaging. I think we even set a record for the amount of meals we packaged in a short amount of time.